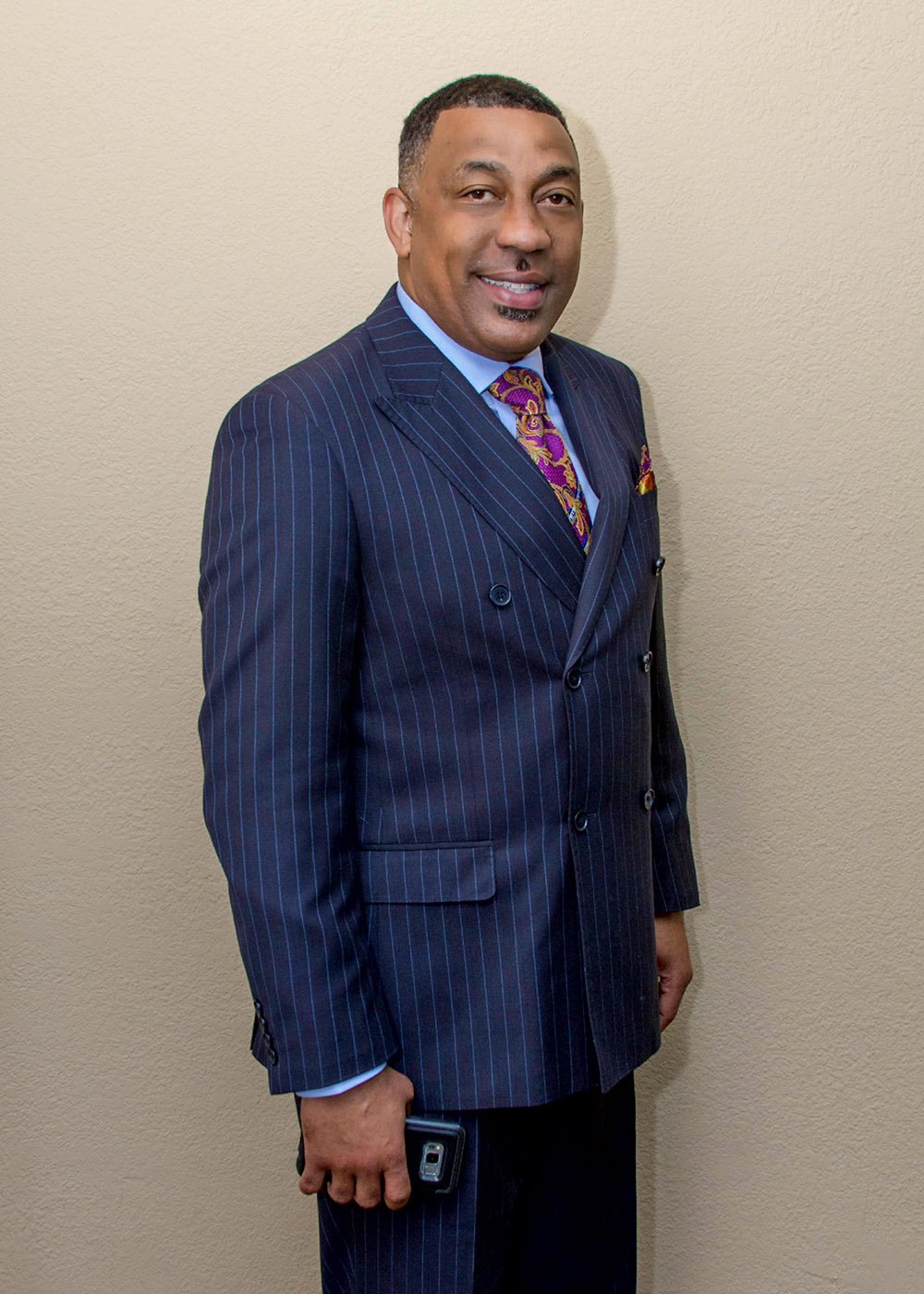 Since the day Pastor Marc Cooper asked his father, the late Elder Lenwood Cooper to anoint his hands, Pastor Cooper has always had a passion for ministry and God’s people. Having received his mandate from God, Pastor Marc Cooper, obediently fulfills his calling as Pastor of Upper Room Ministries of Miami Gardens (formally known as Cooper Temple).

Before accepting his call in 1995, Pastor Cooper served as minister of music at Cooper Temple COGIC for many years. It was during these years that his music ministry flourished and expanded into the areas of song writing, music production and the formulation of several groups and choirs, most notably, the Stellar nominated Marc Cooper and Friends and the Stellar Award winning, Miami Mass Choir.

Upon the demise of his father Elder Lenwood Cooper in January 1997, Mother Mildred Cooper was appointed pastor of the church and Elder Marc Cooper was named Assistant Pastor. During this time of working with his mother, he began to assist in many changes in the ministry that set the stage for where God was leading the church in the years to come.

After serving as Pastor for one year, God called Pastor Mildred Cooper home in January, 1998, and the mantle was passed to Pastor Marc Cooper to press toward the mark of a higher calling and to lead God’s people. Although immersed in music at the time, God had another plan for Pastor Marc Cooper. In the beginning of Pastor Cooper’s pastoral ship it was his desire to build a new fellowship hall, but the Lord gave him a vision to expand the church’s territory to build a new edifice that would draw more souls to Christ. Pastor Cooper was also inspired by God not only to expand the sanctuary, but add to the church’s name “Upper Room Ministries”. The name Upper Room Ministries is an open invitation for individuals to experience that which is spoken of in the book of Acts and the power of the Holy Spirit.

Upper Room Ministries has experienced a tremendous growth under the leadership of Pastor Marc Cooper and like every great leader, Pastor Cooper knows that the vision that God has given him can only be fulfilled by empowering, encouraging and instructing the members to use their gifts and talents to establish and work in ministries that are in line with the vision and that will reach beyond the four walls to draw souls to Christ. Under his leadership many outreach initiatives have been implemented to include evangelism, intercessory prayer, health fairs, tutoring and mentoring services.

God has anointed Pastor Cooper to preach and teach a relevant word to this generation. His gift for music allows him to compose God’s word in a way that is reachable to both the oldest and the youngest members of his congregation. Pastor Cooper is truly an exemplary man of God who stands on the unadulterated Word of God. Pastor Marc Cooper is the husband of Evangelist Joy Cooper, and the father of two sons, Marc Joshua, Johnathan Marc-Len and one daughter, Milen Adele.